Pickering Interfaces, a leading supplier of modular signal switching for electronic test and simulation, is expanding its range of PCI Fault Insertion switching with the introduction of two new modules (models 50-200 and 50-201) designed for use with differential serial interfaces. 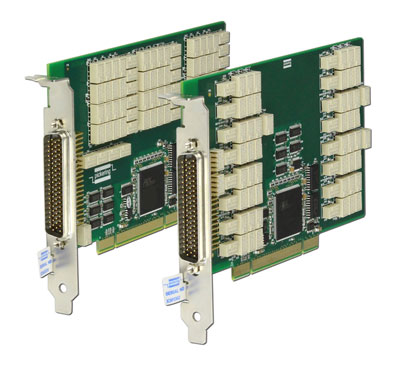 These PCI fault insertion modules will find application in testing the response of safety-critical communication systems used in automotive and aerospace environments. Each module is available with a choice of channel counts, allowing users to choose the most appropriate solution for the intended application.

Pickering Interfaces continues to promote its test solutions in multiple platforms by offering fault insertion in different form factors (PXI and PCI) with the same options. This offering allows the user to choose the most appropriate platform for their test system. These two new PCI Fault Insertion Cards have the same functionality as their recently announced 40-200 and 40-201 PXI Fault Insertion Modules.

Both modules are supported by Pickering’s new eBIRST switching system test tool. These tools simplify switching system fault-finding by quickly testing the system and identifying the faulty relays. Once identified, the tools then display a graphical representation of the switching system’s PCB assembly, highlighting the relays that need to be replaced.

Connections are available on an easy to use 78-way D connector and are supported by Pickering’s range of cable and connector options. In addition, Pickering Interfaces can design and supply interface adaptors to application specific connectors.