Why Use Terminated RF Switches?

Some RF switches are offered with a choice of terminated or not terminated versions when a port on a switch is not connected to an output connection. This page gives some guidance on why it may be advantageous to use terminated switches in some applications.

An example of a switch which has terminated and not terminated versions is the 40-760 series of RF multiplexers. 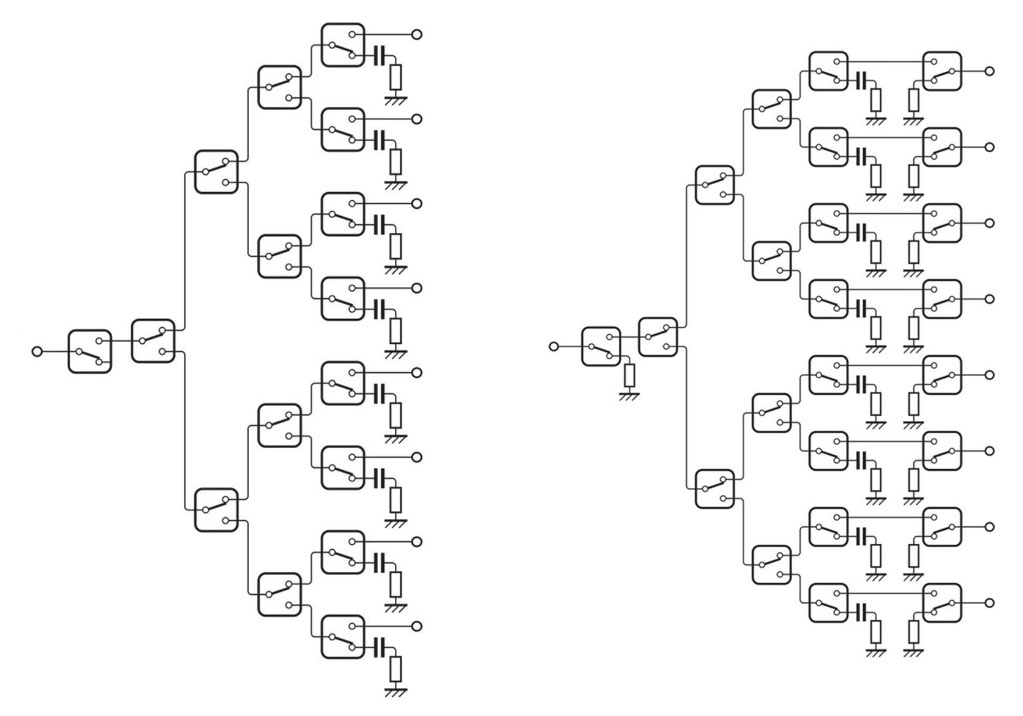 In some cases there may also be a more fundamental difference in RF performance, for example the 40-760 series RF MUX have more relays in the path and this can also lead to better isolation and crosstalk. This can be seen by comparing 40-763 to 40-762 output connections where the 40-763 has an additional relay to provide the termination, and that improves the typical isolation.

If the source driving the connection has a poor VSWR the situation can be significantly worse for the non terminated switch port since can very high levels of voltage as signals are reflected from the open circuit connection to the source and back again. In addition to creating high voltages at the switch the reflections can also stress the RF source that provides the signal. It is usual for transmitter sources to have a poor output VSWR in order to minimize power loss in the driving amplifier (if it was a perfect 50 Ohm then half the power would be loss in the output impedance) so this tends to be particular a concern for systems with power amplifiers.

A disadvantage with built in terminations can be that the termination limits the RF power handling. With no termination in the module the RF thermal load is limited to that caused by insertion loss through the RF paths whereas for terminated switches it tends to be the termination that limits the load.

A terminated switch can be used to carry significant DC voltage through it thru path, however before switching state the DC source must be removed to prevent thermal damage to the termination.

It is entirely a user decision whether to use terminated or non terminated switches in test systems, in general terminated versions will offer better and more consistent RF system performance but this is usually at the expense of increased cost and reduce power handling.